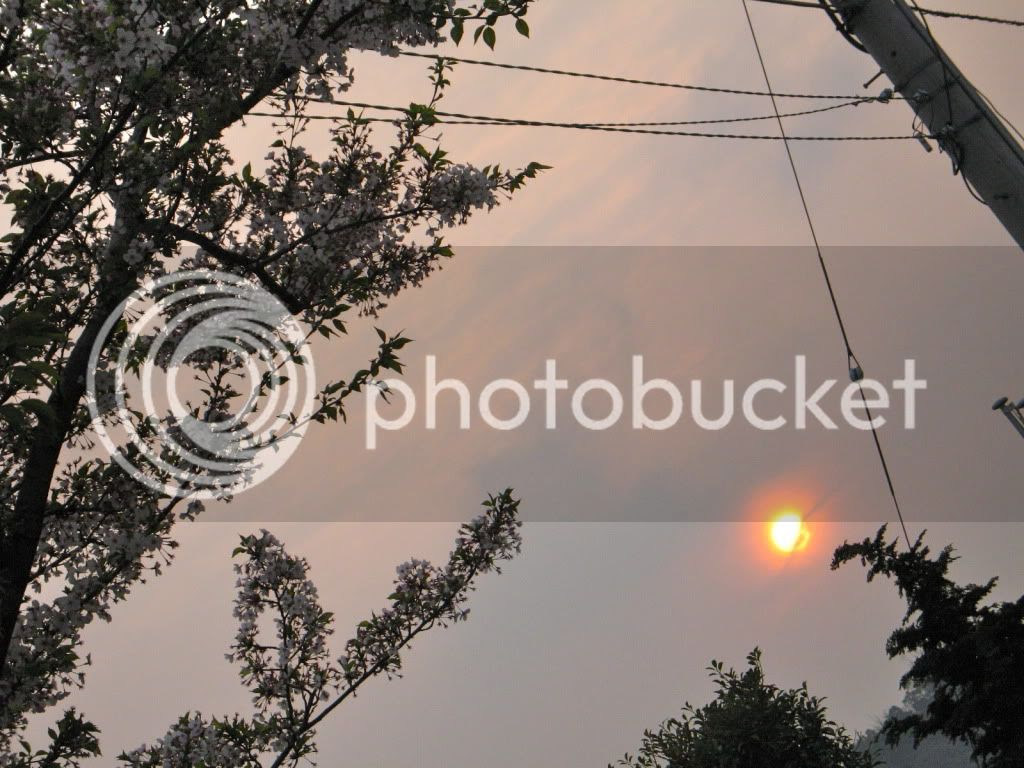 Here's a fun fact: Did you know that when you ask Japanese kids "What color is the sun?" they'll answer: red.  It's true.  As one who grew up crunching on cereal and watching Sesame Street, I drew sunny yellow spheres with rays of the same color — or if I was feeling particularly daring — orange but never red.  In Japan, you'll see in drawing after drawing of equally sunny suns always in red.  I don't have an explanation other than that the national flag hinomaru, the gracefully designed Japanese flag, represents the sun as a red circle on the white background.  I also have this photo, taken last spring, which makes the whole idea of representing the sun as red sphere; perfectly logical.
Posted by Emmy at 2:10 AM